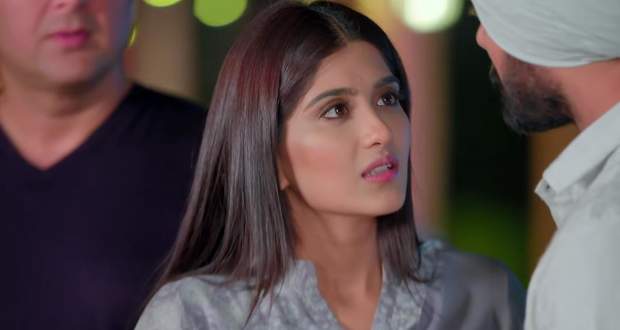 Today's Choti Sardarni 6 May 2021 episode starts with Param getting upset that he missed the match while Kulwant comes there and says that she will fix her strain with her homemade paste.

Everyone gets ready to leave for the match selection while Meher can't remember where she put his shoes.

The shoes are found in the fridge and Harleen starts blaming her.

At the football selection, the coach tries to put Param in the centre-forward but the sponsors decide to put him in defence.

Meanwhile, Sarab hides a gift from Meher and romances with her.

At night, Sarab surprises her with an anniversary party but she doesn't remember their anniversary shocking everyone.

They feed each other cake and wish happy anniversary.

Harleen asks Meher what surprise she has for Sarab making her tense but Sarab manages to handle the situation.

Later, Meher apologises to Sarab for forgetting their anniversary while he consoles her saying that it is justifiable keeping the past incidents in mind.