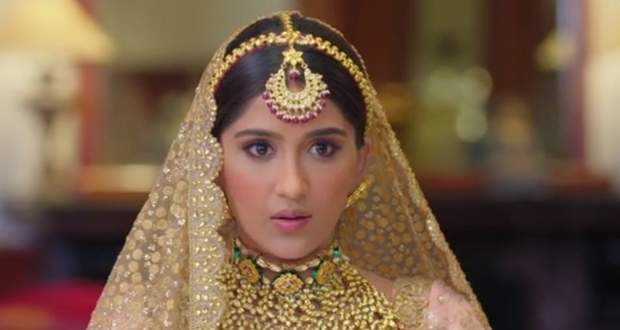 Today's Choti Sardarni 8 June 2021 episode starts with Meher telling Daarji that he will like staying with them while he says that he doesn't like anyone talking in between.

He and Daiji ask her about her family while she answers their questions.

Later, Sarab tells the servants Daarji's needs and tells them to take the blame on themselves if the kids do any mistake as doesn't want to get the kids beaten up.

Daiji scolds Meher for wearing a short Kurti and tells her to change it immediately.

Daarji and Daiji talk about Gurbaksh having relation with a second woman and them leaving because of it.

Seher goes to steal it but gets caught and runs away.

Sarab wonders how to make food before 7 while Meher says that she will do it.

Meher manages to put the food on the table on time as Daarji sits to eat.

However, he stands up without eating and tells Daiji to pack their bags.