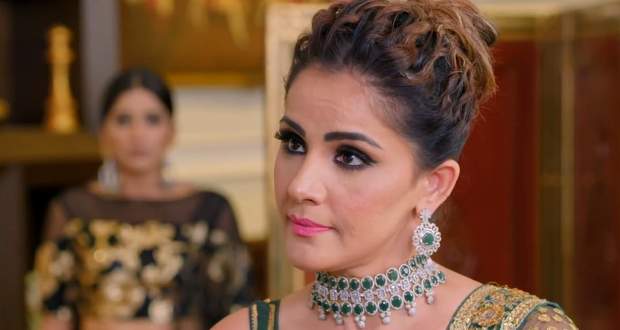 Today's Choti Sardarni 8 May 2021 episode starts with the kids informing the elders that they cannot find Param and everyone starts searching for him.

Seher finds Param in the locked storeroom and informs everyone of it.

Later, Param regains consciousness and reveals that it was Meher who locked him in but she doesn't remember it and Sarab takes the blame on himself.

The cake made by Meher is revealed but 'I love Karan' is written on it which hurts Param's feelings.

Later, it is found that Karan has become the centre forward and the captain of the football team while Param is not selected.

Param locks himself in the room and Sarab, Meher and Harleen go after him while Karan gets upset that no one is celebrating his victory.

Harleen tells Sarab that it was all Meher's plan cause she is partial towards her children and step-son, Param.

Sarab scolds her while Meher overheard everything.