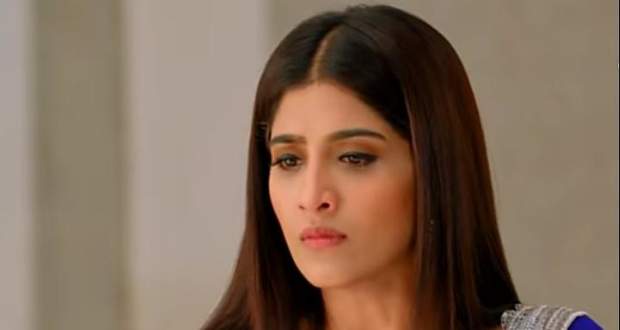 Today's Choti Sardarni 9 July 2021 episode starts with The doctor informing the family to take care of the kids as they are in shock.

Later, Amrit is feeding langar to Karan which surprises Sarab and Meher while Param sits in Daar Ji's lap.

Meher tells him to sit somewhere else as Daar Ji's knee is hurting but Param behaves rudely with her and states in front of everyone that she saved only Karan and that he pulled himself up.

Meher tries to explain the situation but Param leaves and locks himself.

Later, Sarab and Meher notice the phone in Karan's pocket and question him whose it is.

Meher realises that it is all Kulwant's doing and takes the kids and Sarab to Malang cliff.

Further, she takes the coin from Param and throws it into the cliff wishing all her kids love her.

She asks Param if he wants to hug her but he refuses after which Meher tells them that the magical coin is all a lie and that Kulwant fooled them.

Meher tells Sarab to take kids home while she goes to meet Kulwant.

Upcoming Chhoti Sardarni episode update: Kulwant plays another one of her plans.