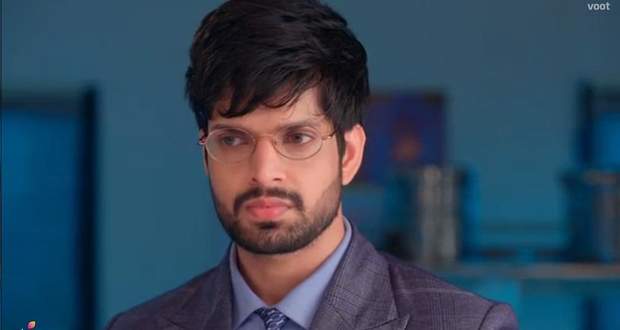 Today's Choti Sardarni 11 Aug episode starts with Meher getting a call from Param and he informs her that Sarab is messing everything at home. Param feels sad without Meher and asks her when she will come back home.

She tells him that Grandma is not well so she has to take care of her till Amrita comes there in the hospital.

Aditi comes along with Vikram in the hospital and finds Amrita instead of Meher in Kulwant’s ward. He tells Amrita that he came there to ask for the well-being of Mr. Gill’s mother-in-law.

Elsewhere, Sarab gets successful in cooking pizza for Param but leaves it there on the table without removing its hot stand.

Param gets excited about seeing pizza on the table and rushes to it. Meher arrives there and saves Param from touching hot pizza and gets her hand burnt in all that rush.

She scolds Sarab for being so careless and tells Param that she will cook food for him with Sarab's help. She guides Sarab while he cooks food and Param helps both of them. They all spend a happy and sweet time together.

Later, Kulwant finds Aditi hugging Vikram in the corridor and gets scared that he is there to kill her. While Aditi asks Vikram to not to forgive Sarab at any cost, whereas Vikram finds it weird.

He asks her if there is any past hatred for Sarab in her mind but she denies it. Elsewhere, Kulwant finds a knife and decides to stab him with it.

Upcoming Choti Sardarni episode update: Kulwant follows Vikram to his house and attempts to kill him.

© Copyright tellybest.com, 2018, 2019, 2020. All Rights Reserved. Unauthorized use and/or duplication of this material without written permission from tellybest.com is strictly prohibited.
Cached Saved on: Monday 28th of September 2020 10:25:51 AM