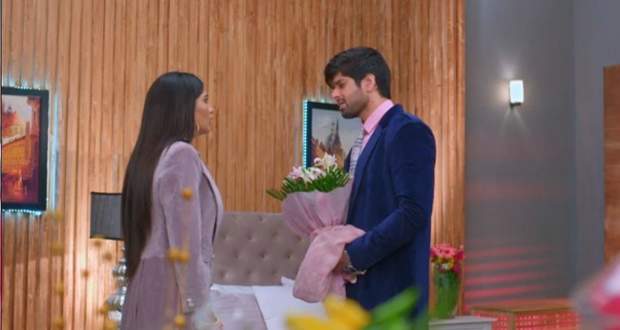 Today's Choti Sardarni 11 Oct 2020 episode starts with Meher getting a call from Param in the morning. He asks Meher and Sarabjeet to bring his little sister along with them.

Meher blushes and then changes the topic by asking Param about his studies. Meanwhile, Bittu and Rana are scolded by their wives for not earning money for their families.

Harleen calls Param to have his breakfast, while Param tells Harleen that he will eat after feeding Karan.

Sarabjeet gets a call from the lawyer and asks him to come for the case hearing without Meher. Sarabjeet says bye to Meher and leaves for the court.

Manav knocks on the door and Meher closes her eyes on assuming that it will be Sarabjeet. Manav introduces himself as Manav, while Meher gets angry with Vikram for calling himself Manav.

Manav tries to prove to her that he is Manav but Meher doesn’t believe him. He tells Meher how her mother stabbed a knife in his back on his birthday.

Meher gets shocked to hear Manav’s story from him. Manav recalls the memories when they both used to meet secretly and planned their future together.

Further, Manav and Meher get emotional and Meher questions him about Vikram Deewan. Manav informs her that he was saved by Mr Deewan but he lost his memory after the accident.