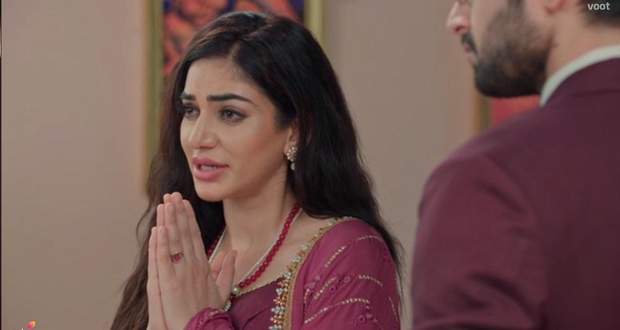 Vikram tells Aditi that Sarabjeet loves his sister Guddi and asks her to disclose her real identity to the Gill family.

Aditi feels grateful to God for not letting her succeed in taking her revenge. She tells Vikram that she will disclose her identity on her wedding day. Vikram hugs Aditi and takes her to the hall.

Sarabjeet tells Aditi that he feels sorry if he said something wrong. Vikram informs Sarabjeet that Aditi got emotional about the Gill family hosting her marriage.

Sarabjeet says that he is lucky to host Aditi’s marriage in his house. Vikram gets ready for his marriage with Aditi, while his mother Seema asks the priest to match Vikram and Aditi horoscope.

Meanwhile, Kulwant worries about thinking that Manav didn’t die when she stabbed a knife in Manav’s back. She gets emotional as Manav had a fake marriage with her daughter Meher.

Sarabjeet sees two Dupattas stitched together when Meher is about to give it to Aditi. Meher informs Harleen that she will keep one Dupatta with her and will give one Dupatta to Aditi.

Meher tries to separate the Dupattas, and Sarabjeet also helps her. They both spend a cute moment together, while Sarabjeet makes Meher wear her marriage Dupatta.

Later, Meher gives one Dupatta to Aditi, but Vikram holds that Dupatta and starts staring at it. He tells everyone that he feels he has seen that Dupatta before.

Meher gives her Dupatta to Aditi, while everyone congratulates each other. The priest informs the timings of the marriage functions to everyone.

© Copyright tellybest.com, 2018, 2019, 2020. All Rights Reserved. Unauthorized use and/or duplication of this material without written permission from tellybest.com is strictly prohibited.
Cached Saved on: Thursday 3rd of December 2020 07:32:01 PM