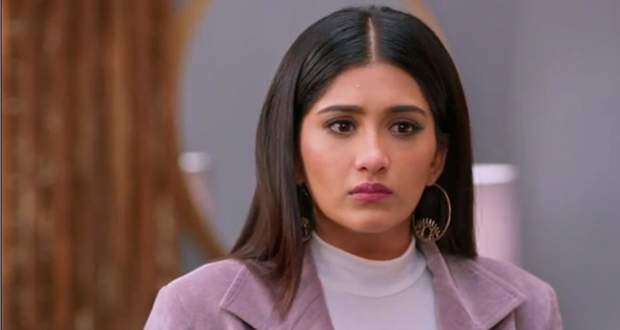 Today's Choti Sardarni 12 Oct episode starts with Meher revealing her happiness to see Manav in front of her. She gets emotional and tells Manav that she suffered so much after his death.

Manav questions Meher about her weird behaviour, while Meher asks Manav to not to come closer and to talk to her from a distance.

She says that she is the wife of Sarabjeet but Manav takes it as a joke. Meher tries to make him understand that she respects his feelings.

She tells Manav that their relationship was a childish act, while Manav takes everything as a joke and asks her to pack her bags.

He says that Sarabjeet is not made for her, whereas Meher orders him to leave her room. She reveals her love for Sarabjeet and this makes Manav cry a lot.

Meanwhile, Martha listens to Sarabjeet’s voice message and reaches the courtroom along with her daughter. Angel offers Jalebis to Sarabjeet and apologises to him for her rude behaviour.

Meher tries to make Manav understand that Sarabjeet is her lifeline. Manav gets angry and talks about killing Sarabjeet, while Meher slaps him for saying against Sarabjeet.

Upcoming Choti Sardarni episode update: Meher asks Manav to not to be adamant.