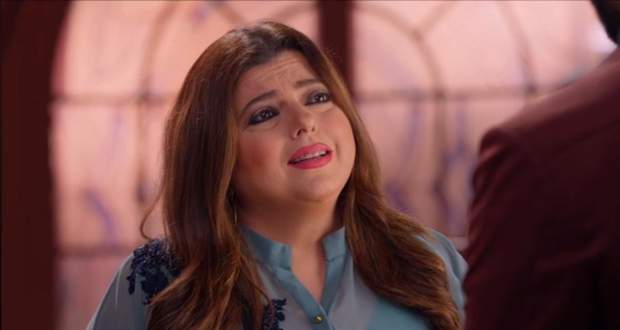 Today's Choti Sardarni 13 Oct episode starts with Meher trying to calm down Manav. She tries to make him understand that they cannot go against time and their destiny.

She asks him to go back to his parents and his wife, while Martha apologizes to Sarabjeet and informs him that she got bitter after her daughter’s accident.

She tells Sarabjeet that she is withdrawing the case against Meher. Sarabjeet feels grateful to her and informs Harleen about the good news.

Harleen makes a call to Sarabjeet and asks him to come back soon along with Meher. Sarabjeet witnesses Aditi in the video call and Harleen tells him that Aditi is disturbed from the last few days.

Manav ruins the cake by stabbing a knife in it and asks Meher to pack her bags to leave with him. He tries to emotional blackmail her by telling her that Sarabjeet and Aditi will be broken after knowing their relationship.

Meher gets emotional and prays to God to show her the right path. Sarabjeet arrives there and hugs Meher in the happiness of getting free from the case.

He informs her that Harleen planned a party for them on their first wedding anniversary. He informs Meher about Vikram’s rude behaviour towards Aditi.

Meher decides that she has to make Manav understand otherwise he will spoil Aditi’s life.

© Copyright tellybest.com, 2020, 2021. All Rights Reserved. Unauthorized use and/or duplication of any material from tellybest.com without written permission is strictly prohibited.
Cached Saved on: Friday 3rd of December 2021 10:05:10 PM