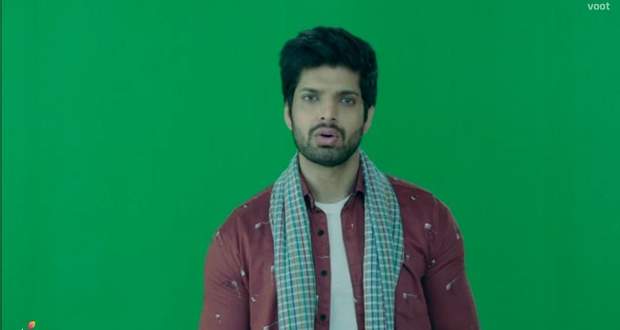 Today's Choti Sardarni 17 Sep episode starts with Vikram scolding his team for not doing their job well. He recalls his insult on his intelligence and decides to prove himself by solving Manav's case.

Vikram announces a money reward for the person who will find out Manav. Vikram’s mother Seema makes a call to Vikram and asks him to come back home for his Haldi ceremony.

Everyone at the Gill mansion starts the preparation for Aditi’s Haldi ceremony. Amrita praises about Sarabjeet in front of Meher for his beautiful choice.

Harleen asks Meher to call Sarabjeet downstairs, while Sarabjeet has a conversation with the lawyer who tells him that Meher will be put in the jail for 8-10 years for assaulting the police officer.

Meher overhears Sarabjeet’s conversation with the lawyer and gets emotional on thinking about her children. Meher and Sarabjeet behave normally to not to give tension to each other.

Meanwhile, Kulwant gets a call from Vikram and he asks her to come to the CBI office. Kulwant questions him about the reason for calling her there, while Vikram sends her a video of Manav working on the restaurant.

He feels grateful to Kulwant for helping him find Manav and asks her to come to the CBI office to record her statement. Vikram recalls the trump card he played to trap Kulwant by acting like Manav.

Kulwant rushes to meet Vikram, while Meher hands over her case file to Sarabjeet. She asks Sarabjeet to make a promise to her to live the next three days like the best days of their lives.

Further, Kulwant behaves normally in front of Vikram and asks him to keep her away from Manav. Vikram tells Kulwant that Manav has asked him to meet him personally.

Vikram asks Kulwant to let him record her statement that Manav has blackmailed her. Elsewhere, Sarabjeet and Meher get emotional on recalling their happy moments together.