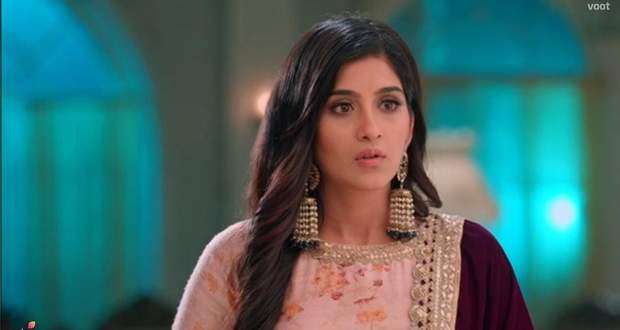 Today's Choti Sardarni 1 Sep episode starts with Sarabjeet asking Meher to not file any complaint against Vikram. Meher gets angry with Sarabjeet for making the wrong decision.

Kulwant scolds her sons for not concentrating on Vikram’s topic and asks them not to say any word to Vikram in her absence. Elsewhere, Param makes efforts to end Sarabjeet and Meher’s fight, but both of them again get into an argument.

Sarabjeet gets a call from Vikram, and Vikram enquires Sarabjeet about Manav’s missing case. Sarabjeet tells Vikram that Manav was his friend and all of a sudden he went missing.

Meher overhears Sarabjeet’s conversation and gets shocked to know that Sarabjeet knows Manav. Param arrives there and ends up witnessing Sarabjeet and Meher’s fight.

Vikram asks the police officers to send a tiffin to Kulwant’s house from the restaurant where Manav used to work. Meanwhile, the Gill family starts preparation for Haryali Teej.

Bittu and Rana receive the tiffin from the restaurant and get shocked to read a message from Manav in the letter. Kulwant asks Bittu and Rana to not to worry and to not to fall in the trap of Manav.

Kulwant makes a call to Meher and apologizes to her for her deeds. Meher invites Kulwant and her family to the Haryali Teej at Gill mansion. Kulwant tries to warn Meher about Vikram’s intentions, but Meher disconnects the call.