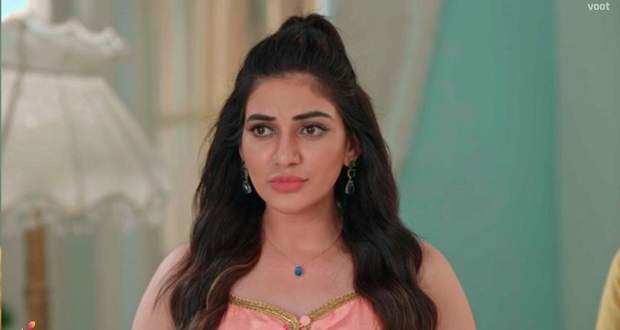 Today's Choti Sardarni 20 Aug episode starts with Vikram asking about Bittu and Rana by showing their pictures to Aditi. Aditi reaches Gill’s mansion and tells Sarabjeet about her relationship with Vikram.

Aditi invites Sarabjeet and Meher at dinner to make them meet Vikram as her family. Both of them accept Aditi’s invitation, while Param asks Aditi to do a checkup on Karan.

Aditi secretly tries to give a special nebulizer to Param, but Meher arrives there in the room. Aditi changes the topic and gifts a block game to Param so that he doesn’t tell anyone about the nebulizer.

Aditi asks Meher to bring a glass of water, while she hands over the nebulizer to Param and asks him to keep it a secret.

Harleen suspects Aditi’s intentions of not telling them about her relationship with Vikram when news of the scam broke out. Elsewhere, Param tries to give the nebulizer to Karan but fails as Meher comes there to take Param for his online classes.

Meher asks Sarab to choose a dress for her to wear at Aditi’s place for dinner. Both of them have a cute moment together.

In the hospital, Rana gains consciousness and tells Kulwant that Vikram Diwan is none other than Manav. Kulwant asks Rana and Bittu to verify about Vikram’s identity by going at his hometown address.