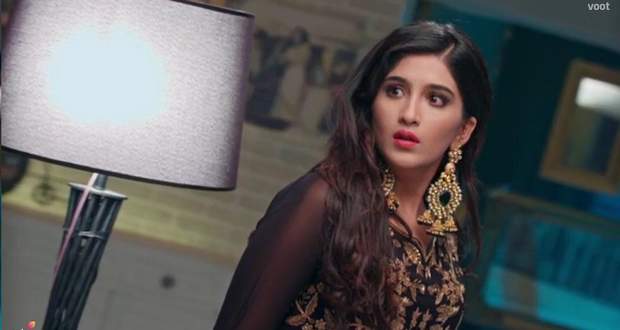 Somehow Meher convinces Param that he should stay at home. Later, Aditi welcomes Meher and Sarabjeet at her house and asks them to sit while she gets a drink for them.

Sarabjeet gets a call, while Meher notices some paintings on the wall and gets a strange feeling. Vikram puts up an act to poke Meher’s memories of Manav which in turn leaves her shocked.

According to the plan, Aditi scolds Vikram, while Meher asks Aditi to show her the washroom. Meher cries a lot in the washroom and recalls Manav’s death.

Elsewhere, Param asks Lalita to go to her room so that he could use the nebulizer given by Aditi.