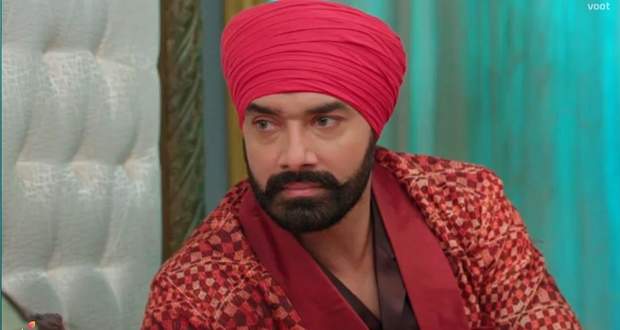 Today's Choti Sardarni 24 Aug episode starts with Vikram asking Meher to dance with him. Meher gets a call from Param and she leaves from there to attend the call.

Meher notices certain things in Vikram’s behavior and finds a lot of differences between Vikram and Manav. Aditi asks Meher and Sarabjeet to be a part of the play which she is directing. Sarabjeet disagrees, and this makes Vikram upset.

Vikram asks Aditi to request Sarabjeet and Meher’s participation as her birthday gift. Sarabjeet agrees to be a part of the play but doesn’t force Meher for the same as she isn’t comfortable.

Sarabjeet and Meher reach home and get happy to see Harleen with Param and Karan. Elsewhere, Kulwant leaves for Delhi along with her sons Bittu and Rana.

Meher finds Sarabjeet’s international account card, and Sarabjeet tells her that it is his extremely confidential account and asks her to keep it safe.

Meher shares her feelings with Sarabjeet that he is an honest and trustworthy man, and she wants Karan to be like Sarabjeet, while this makes Sarabjeet get emotional.