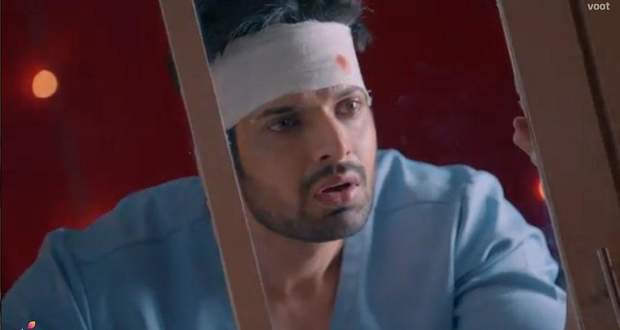 Today's Choti Sardarni 24 Sep episode starts with Meher getting emotional on going away from her children. She hugs Param and Karan, and Param to take care of himself and Karan.

Sarab makes a call to Meher and informs her about the delay of the flight. Aditi informs Vikram’s parents that Vikram is out of danger and asks them to leave for home.

Kulwant disguises as a nurse and reaches the hospital to kill Manav. She doesn’t find Manav in the room and asks her sons to look for him everywhere.

Aditi enters the room and worries on not finding Vikram in the room, while Vikram leaves from the hospital to the Gill mansion to meet Meher.

Manav sees Meher’s picture and says that he knows she would be waiting for him till now. Later, he witnesses Meher in front of her and plans to give her a surprise.

Harleen hugs Meher and tells her that everything will be alright soon. Manav sees Meher’s wedding picture with Sarabjeet and recalls that Meher is married to Sarabjeet.

He thinks that Meher only belongs to him and assumes that Meher is being betrayed by her family. He talks to Meher’s picture and says that he is not Vikram Diwan and he will never let her go away from him.