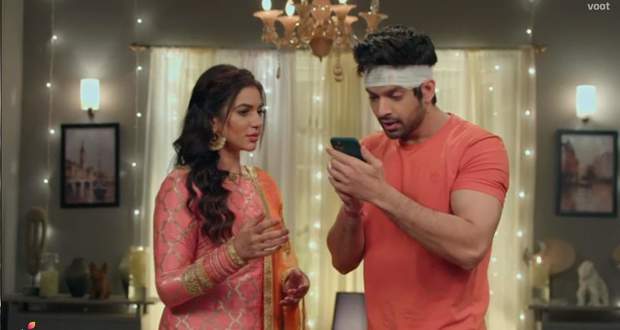 Today's Choti Sardarni 26 Sep episode starts with Kulwant wondering Manav’s reason to spare her and her sons. Harleen acts of getting fever and calls Amrita and Jagga to take care of Karan.

Amrita says that she will take Karan to her house as she has to take care of Yuvi also. Meanwhile, Sarabjeet and Meher flight lands at Dubai airport and Meher gets a notification of some medicines been delivered to the Gill mansion.

Jagga overhears Harleen talking to her husband about her acting, while makes a call to Harleen to ask her about the medicines.

Meher asks Harleen to show Karan and Param on the video call. Harleen tells Jagga and Amrita that she didn’t inform Meher about Karan’s health.

Elsewhere, Manav reaches his home and Seema questions him about his wounds. Aditi gets worried for Vikram, while Manav asks Seema to let him lay his head on her lap.

The next morning, Kulwant calculates the time since she killed Manav. She asks Bittu and Rana if she has ever touched their feet.

Meher makes a video call to Aditi to talk to her about Vikram’s condition. Manav hears Meher’s voice and takes the phone from Aditi. Meher and Aditi feel strange when he talks to Meher in a different way.