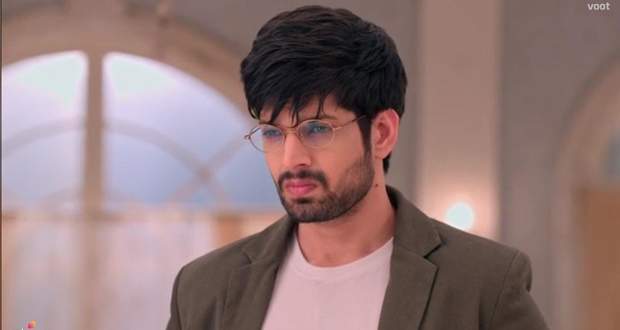 Param meets Vikram and tells him that he recognizes him, and Vikram gifts him a toy car, while Sarabjeet arrives there and greets Vikram.

Kulwant makes a call to Meher and asks her to believe that Manav is still alive. Meher gets disturbed after talking to Kulwant and asks not to irritate her.

Elsewhere, Vikram tells Aditi that he has fitted a camera and a mic in Param’s toy car so that he could collect pieces of evidence against Sarabjeet.

Vikram listens Sarabjeet requesting Harleen to come and greet their guest Vikram. He sees Sarabjeet’s father’s pictures and recalls that he saw that picture at Aditi’s house. He questions Aditi about the photograph and Aditi tells him that it belongs to one of her patients.

Elsewhere, Sarabjeet asks Meher to make Karan sleep and to come to the hall to practice for the play. Meher goes to the washroom and suddenly a short circuit takes place in her room.

Meher gets out of the washroom and screams for help on seeing Karan surrounded by fire.