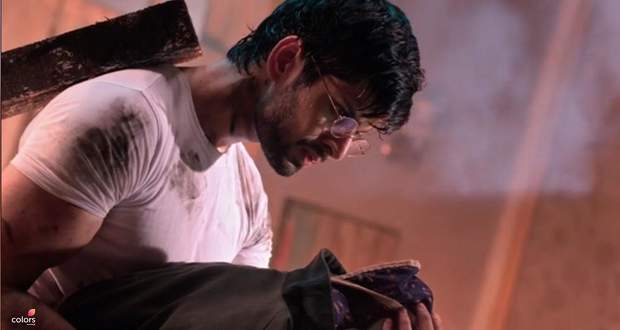 Today's Choti Sardarni 28 Aug episode starts with Sarabjeet and Vikram rushing to save Meher and Karan. Sarabjeet breaks the door and saves Meher, while Vikram runs to collect evidence against Sarabjeet.

Meher informs everyone that Karan is lying on the bed and is surrounded by fire. Meanwhile, Vikram witnesses Karan in danger and runs to save him.

Karan faces difficulty in breathing, so Meher asks Aditi to check on him. Aditi informs everyone that Karan is choking and he needs CPR, but she was not able to use that technique because of her asthma.

Vikram tells everyone that he knows how to use the CPR technique and therefore, he helps Karan. Later, Aditi asks Vikram to bring her medical bag from her house and asks Sarabjeet to bring the medicines prescribed by her.

Aditi performs the treatment on Karan and after some time he regains consciousness. Everyone gets happy when Karan's life gets out of danger.

The next morning, Sarabjeet feels thankful to Vikram for saving Karan’s life, whereas Vikram reminds Sarabjeet that he is a CBI officer and their friendship is not going to affect the investigation.