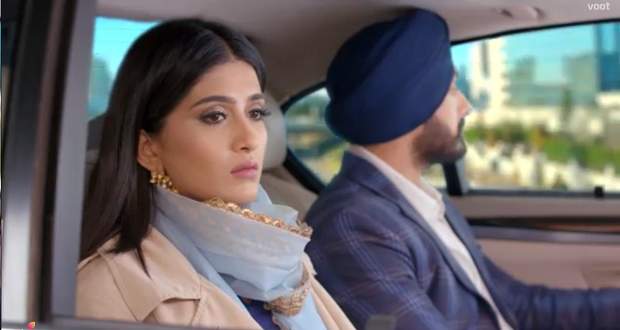 Today's Choti Sardarni 28 Sep episode starts with Manav talking to Meher in a caring way. Aditi gets curious to see Vikram’s behaviour and questions him about it.

Vikram gives her an explanation and then recalls that Suryapratap confessed that he knew that he is not Vikram. Meanwhile, Sarabjeet and Meher reach Serbia and Meher misses her children.

They both recall the last time moments when they came to Serbia along with Param. Elsewhere, Param looks for Karan everywhere and questions Harleen about him.

Kulwant tells Amrita that Harleen is very clever and she might have done acting to get a fever. Further, Meher and Sarabjeet pray to God before their case hearing. The lawyer informs them that it is really hard for Meher to win the case and she will be proved guilty in no time.

Manav gets a gut feeling that Meher is not fine and decides to find out about her. He makes a call to his colleague to find out that where are Sarabjeet and Meher.

The lawyer tells Sarabjeet that Meher will have two days of time to convince Martha for withdrawing her case. Meher asks the lawyer to give her the address of Martha.