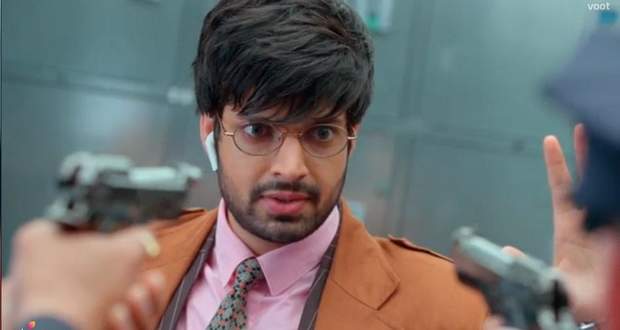 Today's Choti Sardarni 31 Aug episode starts with Sarabjeet checking his bank locker through the camera. He informs Meher that Vikram has hacked his international bank account.

Vikram hears the security alarm, while the security guards hold Vikram at gun-point. Vikram introduces himself as a CBI officer and asks them to put their guns down.

Elsewhere, Harleen prepares a team to find her step-sister Guddi. She tells her husband that she will find Guddi at any cost.

Aditi writes a letter and asks Param to hand it over to Sarabjeet and Meher. Meanwhile, Vikram gets a call from Sarabjeet and he tells Vikram that he should have asked him once for his account.

Vikram indirectly calls Sarabjeet a thief, and therefore, Sarabjeet asks Vikram to check his international locker so that he can be proved innocent in front of Vikram.

Vikram gets shocked to see Meher’s marriage bangles in the locker, while Meher recalls the night when she gave her bangles to Sarabjeet.

Vikram drops the bangles by mistake, and Meher starts crying when she witnesses it on the screen. She questions Sarabjeet that why he still keeps those bangles with him.

Sarabjeet expresses his feelings that it was her last belonging to him. He tells Meher that he was heartbroken and thought he would never meet her again so he always kept those bangles with him.

Meher informs Sarabjeet that Aditi also betrayed them by giving the OTP to Vikram. Both of them look for Aditi, but Param informs Meher that Aditi dropped a letter for her.

Meanwhile, Aditi gets worried about losing Sarabjeet and Meher’s trust because of Vikram’s plan. She gets angry at Vikram for spoiling her reputation.

Meher finds that Aditi has apologized through the letter, while Sarabjeet asks Meher to calm down. Meher gets suspicious of Aditi and Vikram’s activities and thinks that they both have planned everything together.

Meher tells Sarabjeet that Vikram’s way of investigation is not right, while Sarabjeet decides to teach Vikram a lesson.