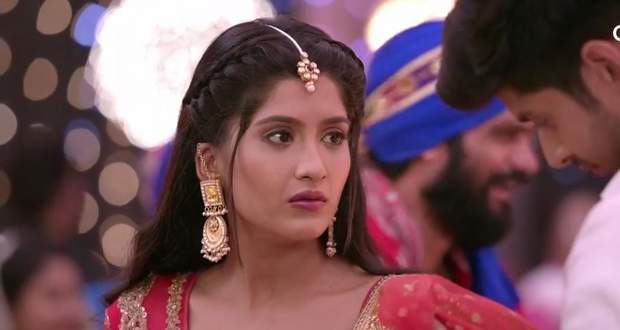 He thinks Manav is the truck driver. Later, the real driver comes and Manav tells his true identity. He gives the restaurant menu to him and leaves. Meher is disappointed.

Meher sees Manav walking on the road and denies to give him a lift.

Meher gets out of the situation using some excuses. Manav calls again, and she is still mad at him for not talking to her brother properly.

Kulwant gives gifts to Amrita for her family on the occasion of Lohri. She asks if she can take Meher along.

Meher’s photo reaches Kulwant’s house. Sarabjeet’s sister gets delighted and shows to her brother. He ignores.

Meher and her sister-in-law leave for Amrita’s house. Meher wants to leave immediately after dropping Amrita, but she insists on coming inside.

Meher gets late for her to meet with Manav. She ignores him and wishes other the occasion of Lohri with gifts.

She is still mad at him and shows her anger by not wearing the Dupatta he wanted her to wear. She reaches the Lohri party and ignores Manav.

Manav is also persistent in approaching her using various tactics.

Meanwhile, Sarabjeet Singh Gill enters as a chief guest for the occasion. He starts with the festive celebrations while Manav is still trying to pursue Meher.

Mr. Gill congratulates everyone and explains the true meaning of Lohri festival.

Manav wears Dupatta around his neck and gives one end to Meher. They both start making the rounds of holy fire. They both exchange various promises.

He promises not to leave her hand; she does the same.