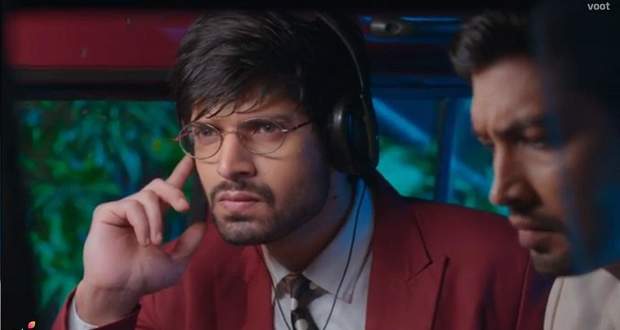 Today's Choti Sardarni 7 Sep episode starts with Sarabjeet looking at the function’s photographs. He notices Aditi and Vikram’s strange expressions in the photographs.

Param asks Sarabjeet to give a sister to him, while Sarabjeet tells Param to ask for a sister from his mother Meher. Meher and Harleen arrive there and listens to Param’s demand of having a sister. Harleen advises Sarabjeet and Meher to fulfill Param’s wish.

Later, Harleen orders Sarabjeet to never let Vikram enter their Gill mansion. Meanwhile, Vikram secretly fitts a microphone in Kulwant’s purse and asks Jagga to stop the car in the midway. Vikram gets off Jagga’s car and gets into his officer’s van.

Meanwhile, Kulwant reaches her home and calls Bittu to tell him something about Manav’s death. Vikram listens to Kulwant’s conversation with the help of the microphone fitted in Kulwant’s purse.

Kulwant’s grandson comes into Kulwant’s room and questions him about the gift sent by Meher. Kulwant hands over her purse to him and asks him to leave from there.

Vikram finds some disturbance in hearing Kulwant’s conversation. Elsewhere, Harleen tells Sarabjeet that if Vikram is found playing with Aditi’s feelings then she will not spare Vikram.

Sarabjeet agrees to Harleen and makes a plan to test Vikram. Sarabjeet plans to get Vikram drunk so that Vikram will confess everything in front of him.

Meher and Harleen find Sarabjeet’s plan a flop and ask Sarabjeet to plan something else. Later, Sarabjeet acts of getting drunk in front of everyone.

Everyone laughs at Sarabjeet’s funny acting, while Sarabjeet asks Meher to smile if she loves him and Meher gives Sarabjeet an answer with passing a smile.