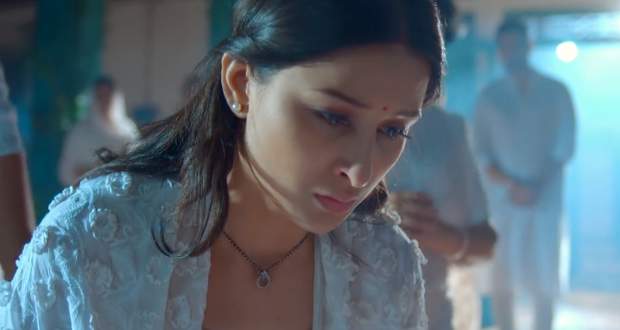 Today's Dadi Amma Dadi Amma Maan Jao 26 Mar episode starts with Rekha deciding to hide the money before the police find it. Meanwhile, Shradha is telling the police about the ladies.

Dhruv is asked to bring Shradha back but the artist asks Dhruv to let her stay as she is able to tell about the sketch. Dhruv gets angry and takes Shradha along.

However, the police don’t let her leave the police station while Dhruv attacks the police. He is beaten up badly by the police while the last ritual preparations of Vikas are going on.

Rekha is worried about the pouch of money. Anjali misses her father and hugs his dead body. She is inconsolable while Shunderlal asks Rekha to be with Anjali.

He gets out of the hospital bed and wants to reach his family. Meanwhile, Anjali asks for Shradha and asks the Pandit to wait for her.

Shradha asks the police to not hit Dhruv and promises he will not return to the police station. However, the police don’t let him go. Vijay Pradhan is on his way to his home.

© Copyright tellybest.com, 2018 & 2019. All Rights Reserved. Unauthorized use and/or duplication of this material without written permission from tellybest.com is strictly prohibited.
Cached Saved on: Thursday 2nd of April 2020 07:46:03 PMCached Disp on: Friday 3rd of April 2020 03:41:30 PM