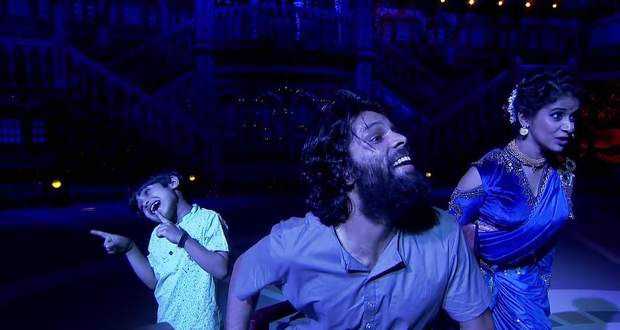 Today's Dance Deewane 3 16 May episode starts with Sahil and Anjali from Generation 2 dancing with Akash Thapa on the song 'Ek Dil Ek Jaan' and getting praised by judge Madhuri Dixit.

Sohail from generation 1 performs with Mukul Jain on 'Jiyo Re Bahubali' and stuns the judges with their stunts.

Further, all the contestants and special guest dancers perform their signature moves to win goat milk from Sonali and he chooses Sagar Bora.

Suchana from generation 3 dances on 'Pinga' with Vaishnavi Patil and earns a standing ovation from all three judges.

From generation 3, Jamna dances with Yogesh Sharma on 'One Two Three Four' which did not impress the judges as they gave their suggestions for making her performance better.

Uday from generation 2 dances with Rupesh Dance on 'Aur Ho' and makes the judges fall in love with their concept.