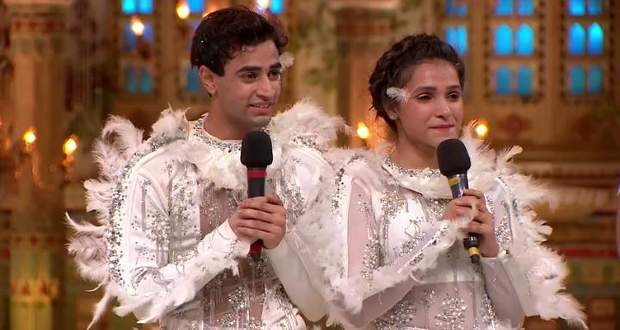 Arundhati's father and Aman's father dance for Judge Madhuri while she whistles for them.

Creative Dance Crew (CDC) is introduced as the third wildcard entry who makes their entry with the performance on a mashup of retro songs.

They announce Piyush as their potential rival and do a dance battle with them.

Gunjan from generation 1 dances to 'Prem Jaal Mein' and earns compliments from judges.

Sahil and Anjali from generation 2 dance to 'Piyu Bole' while the judges fall in love with their concept.

Lastly, Somansh makes his entry as the fourth wildcard entry and gives a breathtaking performance while everyone gets happy to see him back.