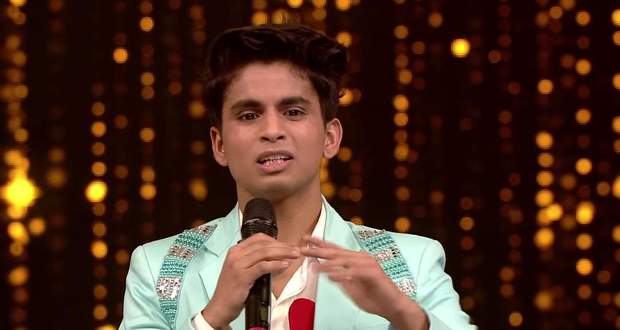 Today's Dance Deewane 3 8 May episode starts with Judge Dharmesh saying that today's episode is dedicated to the mothers and that the mother's of the contestants will also be a judge.

Piyush from generation 2 dances on 'Tum Jo Aaye' which makes her mother and Judge Dharmesh his fan and have his photograph.

Further, he dances with his mother on 'Tujh Mein Rab Dikhta Hai' which makes the judges emotional.

Suchana from generation 3 dances on 'Apsara Aali' for her mother and mother-in-law which makes judges awed.

Sohail from generation 1 dances on 'Luka Chuppi' makes the judges shocked at his improvement.

© Copyright tellybest.com, 2020, 2021. All Rights Reserved. Unauthorized use and/or duplication of any material from tellybest.com without written permission is strictly prohibited.
Cached Saved on: Monday 17th of January 2022 09:59:39 PM