Written Update → Dance plus 4 → Star plus 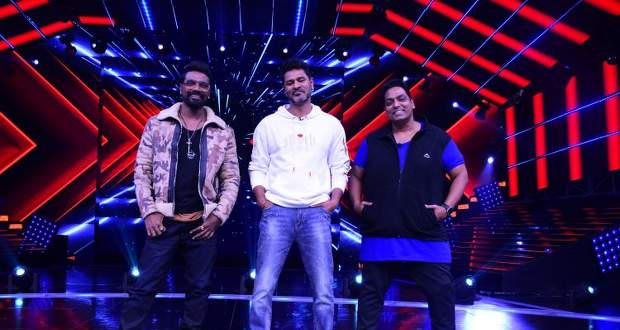 Today's Dance Plus 19 Jan episode starts with Remo D’souza. He introduced the trophy of the season.

The first performance was given Vartika Jha. She gave a touching performance on the episode of DancePlus 4. She danced on the tunes of Mujhme Kahi song.

Next was Chetan Salunke’s performance. Chetan Salunke forced Bollywood actor and renowned dancer Prabhudeva to dance with him on the stage of Dance Plus4.

The Veterans were as usual terrific and astounded Prabhudeva and Ganesh Acharya with their talent. Prabhudeva gave them golden plus post their performance and said they were unbelievable.

Dance Plus4 only duet Aanchal and Sujal have left Bollywood choreographer in splits after their performance.

MJ5 performed on the stage of Dance+4. Prabhudeva and Remo D’souza shared the stage with them towards the end of the Dance Plus4 episode.

© Copyright tellybest.com, 2022, 2023. All Rights Reserved. Unauthorized use and/or duplication of any material from tellybest.com without written permission is strictly prohibited.
Cached Saved on: Wednesday 25th of January 2023 12:36:07 PMCached Disp on: Tuesday 7th of February 2023 01:34:41 AM