Written Update → Dance plus 6 → Star plus 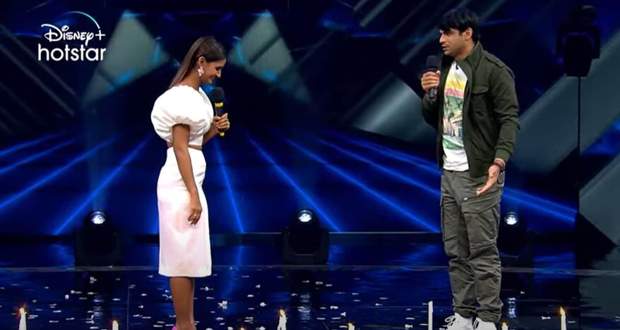 The first Performance of DancePlus 6 was given by Shweta Sharda from Shakti's team. She gave a dashing performance on this episode of Dance Plus 6. Shweta danced to the tunes of Munni Badnam Hui.

Neeraj Chopra appreciated Sharda for her dedication and passion for dancing as she performed despite being injured in the leg. Further, at Sharda’s request, Neeraj Chopra mesmerized the audience by showcasing one of his signature workout move on the stage of Dance+ 6.

The next performance of Dance Plus season 6 was from Pratik Surve who danced to the tunes of Mein Agar Kahoon and Jag Soona Soona Lage. In this performance, Pratik was amazing and unbelievable.

N House Crew from Salman’s Team gave the next performance of Dance+ season 2021 with amazing choreography and interesting costume. N House Crew makes an epic comeback by dancing to the tunes of Dil Na Diya.

The last performance of DancPlus 2021 was from Dhananjay Joshi from Shakti’s team. Joshi performed a romantic act to the tunes of Pehla Nasha. Salman thanked him for reminding me of the often forgotten fresh feels and vibes that one feels in the initial phase of a romantic relationship.

Every performance on this Dance + 6 episode was based on the songs requested by their beloved audiences.

Post their performances, the voice of god sent Chutkule’s back for Raghav. Thus, for the first time in the 6th season of Dance Plus, the audience enjoyed the comeback of Chutkule’s from Raghav Juyal.

In today's DancePlus six-episode the audience also got a chance to see the Golden boy of India Neeraj Chopra answer the most searched question about him on google.

Upcoming Dance+6 episode update: More astonishing and heart-throbbing performances are yet to be performed.