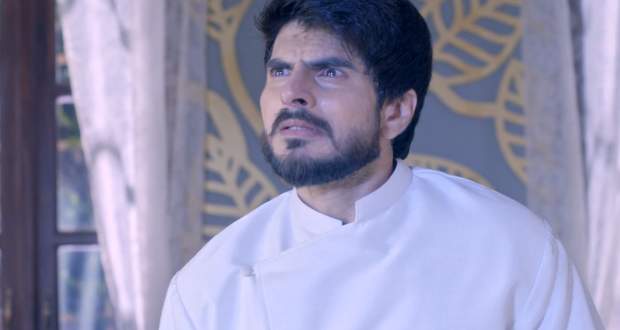 Today's DJDDD 25 Mar episode starts with Devguru seeking guidance from the goddess. A small girl finds a phone and asks Devguru to open the phone.

He sees the same guy who he saw at Devi’s and also finds a video of him with Bhavini. He learns about Bhavini’s trickery and also learns about her conspiracy.

Devguru gets shocked to see her reality and gets angry. He starts searching for her and destroys the whole room. He starts imagining Sadhna talking to Iti and telling her she is born for a special purpose.

She says she has returned from heaven to tell her that Iti is Devi. He remembers all the past blunders created by him and the misunderstandings he was living in.

He remembers the day when Sanjay was trying to reveal that Iti is a normal girl. He realizes that Bhavini was fooling him all along and that Iti is not Devi.

He recalls all the past moments when Bhavini used him for her benefit.

Upcoming Dil Jaise Dhadke Dhadakne Do episode update: Devguru takes a pledge to tell the reality of Iti while Bhavini attacks him. Yug decides to earn a lot of money.