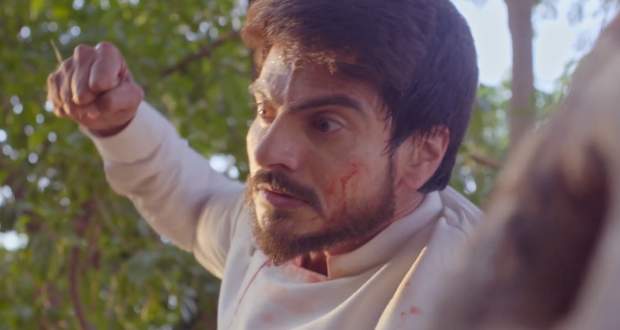 Today's Dil Jaise Dhadke Dhadakne Do 26 Mar episode starts with Devguru feeling guilty for his mistake. He decides he will not let Iti suffer anymore and will set her free.

He blames himself and decides to punish himself as well. He shouts for Bhavini and while Abir and Bhavini discuss another deal for their benefit.

Devguru is fuming in anger and learns Bhavini has gone in the grocery room. He witnesses Bhavini doing a deal with some investors asking for 100 percent profit.

Devguru also hears her talking against him and also learns that they are hiding Iti’s father’s dead body in the Goshala. They both drink and celebrate while at the same time, Devguru confronts them.

He accuses Bhavini of trying to use an innocent child and his Bhakti for her benefit. He shows her the video and Bhavini says the video is fake.

Devguru further holds Bhavini by her neck and states he will tell everyone about their actions. Bhavini acts of apologizing while later hit him on his head with a bottle.

Devguru still tries to kill Bhavini and attacks Abir as well. Bhavini gets unconscious while Devguru also fights Abir. Devguru is further attacked by someone with a knife multiple times.

Upcoming Dil Jaise Dhadke Dhadakne Do episode update: Yug decides not to stay poor and earn a lot of money.