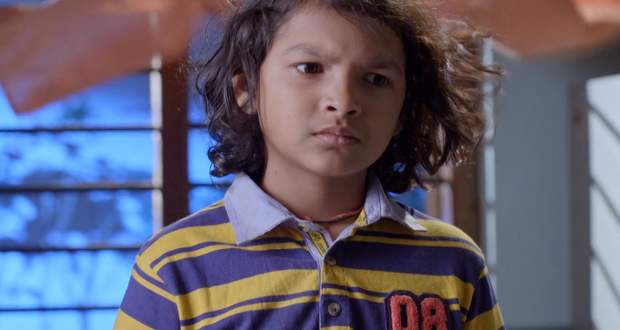 Today's Dil Jaise Dhadke Dhadakne Do 27 Mar episode starts with Devguru deciding to reveal Bhavini’s reality in front of everyone. Bhavini attacks Devguru while later Devuguru fights back and attacks both Abir and Bhavini.

Bhavini gets unconscious while Abir and Devguru continue to fight. Devguru is attacked multiple times with a knife while Devugur recalls the time when he got into an accident.

Dev aka Devuguru sees Devi idol and dies on the road. He regains his life and reveals that he has to find Devi instead of being a doctor.

He recalls the times when he started doing meditations and prayers. He also remembers the betrayals of Bhavini and the time when he found the drawing of Iti.

He realizes how stupid he was to believe everything that Bhavini and Abir said. He falls on the ground but his attacker is not shown.

Yug remembers the time when Iti broke their friendship. He is angry and has decided to not stay poor his whole life. He has realized money is the only important thing in the world.

He is also upset about his mother getting insulted by Mukta. Later, Basuri reminds Yug about the astrologer’s prediction about him and Iti meeting again.