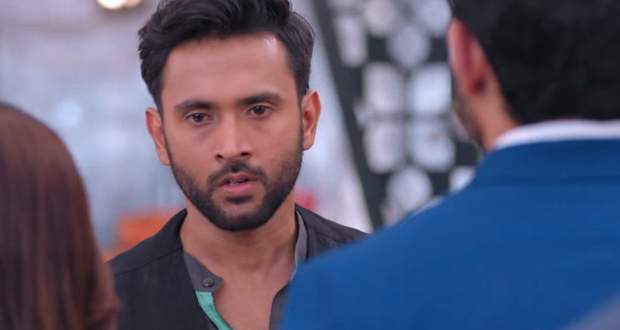 Today's Divya Drishti 15 Dec episode starts with Shikhar getting asked to do the scan for locker. The scan gets successful while Pishachini and Drishti get shocked.

Shikhar falls down because of Pishachini and his lens fall out. Drishti declares that he is fake Shikhar and questions her about being in the village and if his name was Murari.

He confesses the truth and reveals that he was living in hell. He declares that he is their son while Mahima gets the paper of missing prisoner number 401.

Shikhar asks for one last chance while Drishti says he is the animal creature who attacked her. Rakshit ties Shikhar to a chair while Shikhar says Vicky is Pret Lombda.

Later, Kaal Devta learns that Shikhar is prisoner number 401. Pishachini wonders who has sent Shikhar in hell as she just released him in the open.

Drishti meets Divya and Rakshit and consoles them regarding Shikhar. Later, Divya meets Shikhar and doesn’t believe him. Divya and Shikhar also confess their feelings for each other.

Drishti sees in her vision that Divya is going to get attacked by Shikhar. She meets Shikhar who asks her to check Vicky by using the silver pendant.

Drishti tries to give a silver pendant to Vicky and nothing happens to him. Vicky throws it away after Drishti leaves. Vicky later shows a fake Taweez to Drishti that he is wearing.

Divya and Vicky are all set to get married while later Drishti finds the silver Taweez she gave to Vicky.