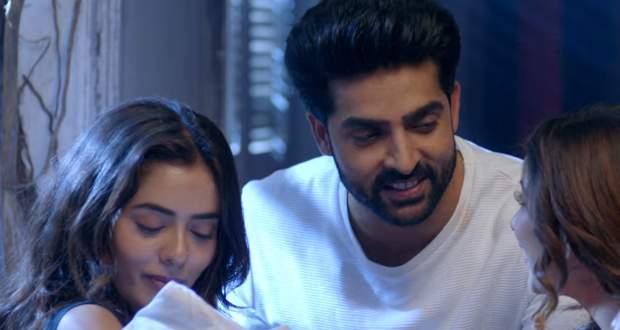 Pishachini and Mahima get mad at each other for betrayal. They both start arguing with each other and at the same time, a doll falls from Pishachini’s clothes.

Rakshit informs Guruji that their plan has got successful. Guruji states that family is not above the stone of Lord Shiva and asks Rakshit to protect his kids.

Guruji also wants Rakshit to promise to choose his kids over Divya and Drishti. Later, Romy and Shekhar fool Pishachini and entice her against Laal Chakor.

Divya makes the same Kalash in which Pishachini’s human ashes are kept. They put that in front of Mahima and Pishachini. Pishachini gets angry to see it and attacks Mahima.

Mahima and Pishachini attack each other but Divya gets attacked and shouts. Pishachini gets suspicious while Ojas acts as if she got hurt.

Ojas cuts her hand to prove that she was hurt but Mahima knows she is lying. Later, Drishti wakes up and finds Laal Chakor outside the window of Devdi.

Pishachini calls Kaal Devta and learns that her ashes can’t be touched by anyone. Later, Mahima and Pishachini learn that they are being manipulated by someone.

Later, Laal Chakor is made to drink Kesar almond milk and she has an allergy to almonds. She again gets suspicious of Pishachini while Drishti is in pain in the house.

Divya gets caught by Pishachini and Mahima while she tries to save Drishti. Divya escapes their trap and Drishti is about to give birth to the babies.

Drishti becomes the mother of two babies while Rakshit takes the babies to keep the babies in a protected room.

© Copyright tellybest.com, 2018 & 2019. All Rights Reserved. Unauthorized use and/or duplication of this material without written permission from tellybest.com is strictly prohibited.
Cached Saved on: Wednesday 8th of April 2020 08:14:11 AM