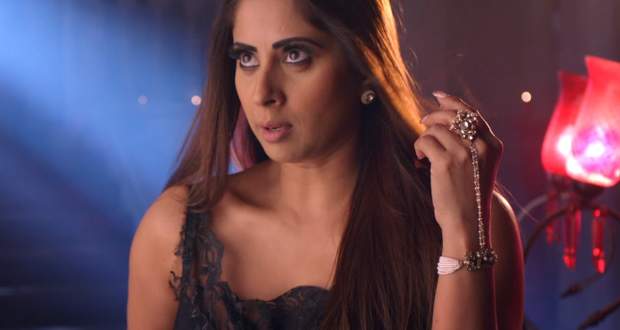 The seashell also opens and two pearls are present inside. Divya asks Drishti to do the pregnancy test again and the test turns out to be positive.

Divya and Drishti arrive downstairs to share the good news but are interrupted by Shikhar’s song. Later, Ojas Chachi also sings a song and Divya is also asked to sing her feelings.

Divya sings a beautiful song to express her feelings while later Rakshit expresses his feelings in a song for Drishti. Drishti also sings a song to console Rakshit.

Drishti is about to tell her pregnancy news when Pishachini arrives and creates havoc. She further creates a wall of breaks on wall windows to trap Shergills.

They search all the rooms to find any window open in the house. Rakshit tries to calm everyone down while Mahima goes into her room and is upset.

Divya and Drishti try to find the true face of Laal Chakor. Later, Rakshit and Shikhar try to break the wall but the wall gets reconstructed again.

Simran gets hurt because of Laal Chakor while Rakshit wonders how Laal Chakor entered the house. They all find an ice block in the kitchen and learn that Laal Chakor is inside.

They find Mahima inside the ice block and Divya breaks the ice. Drishti says to Rakshit that Laal Chakor is someone from the family. Rakshit gets angry at Pishachini and attacks her.

Upcoming Divya Drishti episode update: Divya and Drishti try to expose Laal Chakor and are suspicious of everyone.