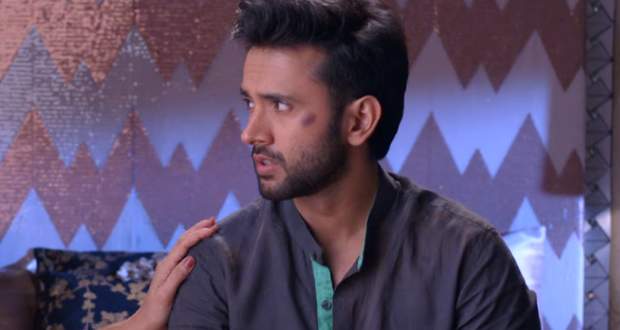 Today's Divya Drishti 22 Dec episode starts with the head of the tribe attacking Drishti. They decide to sacrifice Drishti while she is also not allowed to talk.

Drishti uses her powers to save herself and shows the power of a woman. She opens ropes of Rakshit and runs along with him. They again get trapped while Shikhar also gets surrounded by tribal people.

Shikhar is saved by Divya while Chicky saves Drishti and Rakshit. Later, Divya discovers that the fourth handprint is matching that of Shikhar in the cave.

Chicky gets injured and they all bring her home. Later, Drishti and Rakshit try to search for Lal Chakor while the same mark of Lal Chakor is shown on the tribal girl Chicky.

Divya touches Shikhar in his sleep but later hides in the room. Shikhar tries to explain his case and tries to convince everyone that he is Shikhar.

He also proves his point by telling memories of childhood. He further accuses Pishachini of putting him in hell. Pishachini refuses to accept the accusation.

Rakshit uses the ancient knife to reveal if Shikhar is of their family. Pishachini uses her powers to prove Shikhar is not real Shikhar.

They do voting to decide if he should stay or not. Divya also chooses Shikhar and later tells Drishti about the handprint glowing in the cave.

Chicky has some mission in her mind and asks to get blessings from Lal Chakor. A red bird emerges from her mark and the bird comes on Drishti and Rakshit’s window.

© Copyright tellybest.com, 2018 & 2019. All Rights Reserved. Unauthorized use and/or duplication of this material without written permission from tellybest.com is strictly prohibited.
Cached Saved on: Thursday 30th of January 2020 07:24:49 PMCached Disp on: Wednesday 19th of February 2020 01:58:25 PM