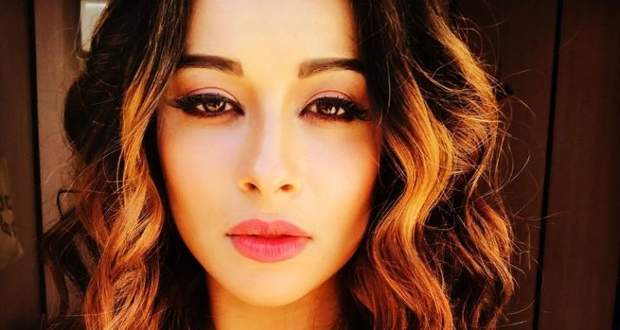 Today's Divya Drishti 23 Jun episode starts with Drishti reaching out to Divya for help. They attack Pishachini using their combined powers. Pishachini heaves a sigh of relief on getting her ash jar back.

Drishti drives Divya to a safer place. Simran comes to Rakshit and recites Drishti’s poem to him. Rakshit fails to understand the code.

Pishachini brings a flood on the bridge using her powers. Drishti ties herself and Divya from the rope and hangs from the bridge so to trick Pishachini.

Pishachini manages to find the twin sisters and compels Drishti to tell her about the Kaal Vijay gem. Drishti refuses.

Pishachini shows the glimpses of Rakshit and Lavanya to Drishti. Meanwhile, Divya regains her conscious.

Rakshit comes to his room. Lavanya gets delighted to see him. Rakshit recalls the poem recited by Simran. Rakshit decodes the poem.

Romi and Shikhar come there. Rakshit requests Shikhar to dress up like him to fool Lavanya so that he can go and help Drishti and Divya.

Lavanya comes in her lizard avatar. Pishachini comes to meet her. She instructs Lavanya to bite Rakshit. Shikhar comes dressed as Rakshit in front of Lavanya.

Anjaan comes in the nick of the time and saves Drishti and Divya. Drishti tells Anjaan that she cannot see Rakshit with Lavanya.

Rakshit comes back to Lavanya’s room. Divya asks Drishti to do something to separate Lavanya and Rakshit. She makes her drink alcohol.

Drishti barges into Rakshit and Lavanya’s room in the drunken state. Lavanya tries to throw her out of the room.

Drishti reads Lavanya’s mind and learns that she is a lizard.