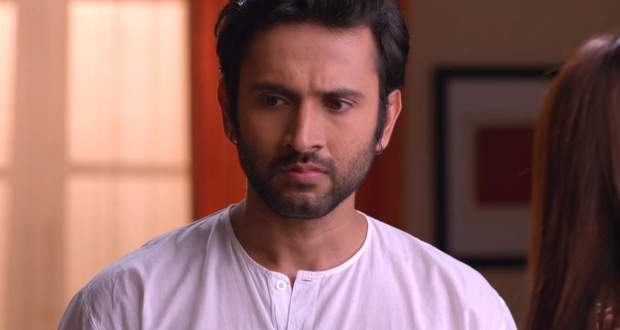 Today's Divya Drishti 3 Nov episode starts with Rakshit bringing Shikhar back in the play. Patali as Divya acts weird and later comes near the pool to attack real Divya.

Shikhar gets shocked to see everyone using magic and informs Divya is in the bag over the pool. Drishti saves Divya and later Shikhar catches her.

Pishachini announces that Shikhar is fake and is planning to steal everything. She further tells everyone that he is making a tunnel and has stolen money from them.

Shikhar is told to show his bag but his bag has cotton. Later, all the jewellery comes out of Pishachini’s belt. Rakshit gets mad at Drishti for trusting Pishachini.

Shikhar has trapped Pishachini to save himself. Later, Drishti and Rakshit fight over Divya and Shikhar becoming friends. Divya tries to explain family reality while Shikhar doesn’t understand anything.

Later, Pishachini finds Shikhar using his magical weapon and reads 401 on it. Pishachini deduces that Shikhar is prisoner number 401 of hell.

Drishti and Rakshit continue to fight while Pishachini and Patali try to find a 401 mark on Shikhar’s body.

Pishachini is able to see a 401 mark on Shikhar’s body. She scares him in the morning by showing a dream while Divya and Drishti doubt Shikhar.

Pishachini asks Shikhar to work for her to get saved from Kaal Devta.