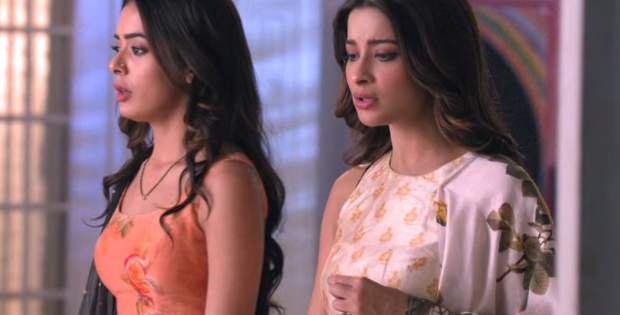 They torture Chikki and reveal they know everything. Pishachini also arrives at the same time and warns them about Laal Chakor.

Divya and Drishti call Laal Chakor and later try to attack him. However, Laal Chakor is really fast and powerful and is able to escape each of their attacks.

Meanwhile, Laal Chakor gets mad at Chikki for getting exposed and also reveals he will send a message. Further, Rahasya Tara tells Divya and Drishti that they need to go in the cave before full moon day.

Elsewhere, Pishachini and Chikki grow a small plant and reveal that the red seeds of the plant will create havoc. In the morning, Laal Chakor drops a seed near Drishti and Rakshit goes outside.

A fake Rakshit sleeps near Drishti and later starts shouting at her. Also, there is one fake Shikhar while real Rakshit and Shikhar are attracted to a sound in the storeroom and get trapped.

Something evil is happening in the house and two Shikhars roam around in the house. One of them flirt with Divya and even tries to molest her.