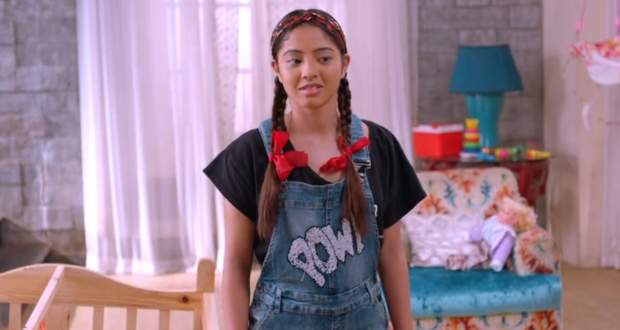 Mahima warns Patali but is later attacked by her. Meanwhile, Rakshit is confused about her relationship with Chetan and sees a light growing on his finger.

Later, Divya and Drishti learn from the Rahasya Tara that only Trishakti can beat Patali. At the same time, Patali is confused as her magic is not effective on Rakshit.

Rakshit finds a ring and later comes to meet Chetan. He feels connected to him and sees his condition getting critical.

Divya and Drishti save the rest of the family from Patali’s attack. Pishachini sees her daughter getting angry and turns her into a baby again.

Chetan gives instructions to various family members and tells Rakshit to protect the two. He takes his last breath and family mourns his demise.

Later, Patali tries to attack Mahima but is attacked by Divya instead. Meanwhile, Rakshit performs the last rituals of Chetan.

Divya puts sunglasses on Patali’s eyes and Drishti also joins her in attacking Pishachini and Patali. Romi arrives to save Divya but turns into ice.

Rakshit wonders who he needs to take care of and questions god. He wears the ring and all his memories play in front of him.

Divya and Drishti get worried about Romi’s condition and wonder who the third power is. Later, Rakshit returns home and finally recognizes his mother.

Upcoming Divya Drishti episode update: Rakshit reunites with his family while Divya and Drishti try to find out about Patali’s weakness.

© Copyright tellybest.com, 2018 & 2019. All Rights Reserved. Unauthorized use and/or duplication of this material without written permission from tellybest.com is strictly prohibited.
Cached Saved on: Thursday 6th of August 2020 03:49:25 PM