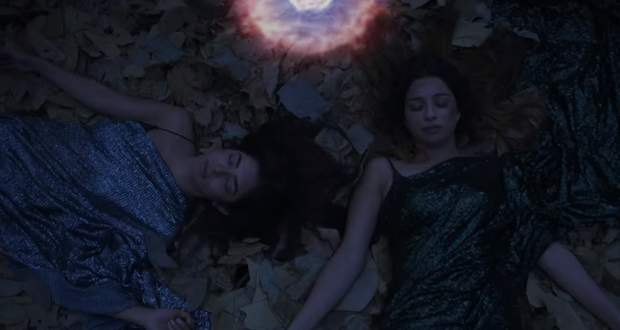 She didn’t like the fact that Guruji gave Mayavi Ratna to Divya and Drishti’s mother. She also declares that she joined hands with Pishachini.

She says she wanted the Ratna for her son only. She asks Rakshit to come to the bridge in the evening with Pishachini. Mahima offers to give the life back of the people who died if he comes.

Rakshit gets out of control as the realization hits him. He decides to fight Laal Chakor while later Mahima gets the bodies of Shergills near the bridge.

Rakshit wishes to kill Mahima but she reveals that Shergills won’t be saved if she is killed. Divya and Drishti jump off the cliff to save their family.

Rakshit and Shikhar are shattered while Mahima asks them to save the Shergills. The Shergills get their lives back while Pishachini takes the first Ratna.

Mahima takes the second Ratna and they both fight for the third Ratna. Rakshit wishes to bring Divya and Drishti back while Pishachini and Mahima get into a battle to win Ratna.

Pishachini first falls and Mahima wins the battle. A ring forms on Drishti’s hand and the
Kaal Vijay Ratna goes missing. Rakshit fights Mahima but is unable to save Divya and Drishti.