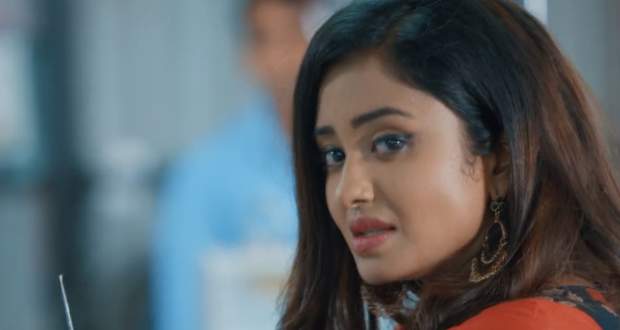 At the same time, Pooja arrives and throws uniform at him. She insults him for just being a worker and leaves by stepping on his uniform.

Chopra instructs Chacha to teach Kabir the work. The workers get disheartened to see their former boss in uniform.

Kabir wants them to take him as their equal and teach the work. Later, when Chopra insults Chacha, Kabir tells him to be in his limit and respect their hard work.

Chopra moves forward to hit Chacha but is stopped by Kabir who pushes him on the ground face down.

Chopra complains Pooja, but she tells Chopra instead to apologize for his misbehaviour. She also apologizes to Chacha but tells him to oblige with company orders.

Kabir is impressed with Pooja’s respect. Later, Pooja shows the motives for her actions. She shows him how Chacha came to apologize and she was able to be on the good side.

Later, Amma comes to meet Pooja. She tells Amma that she is worried about Kabir’s motives.

Rani also arrives and learns about Kabir’s job as a worker. She gets upset with Pooja and wants to give Kabir a good job from her share of the company.

She comes to meet Kabir in the factory but is ignored by him. She tries to prove her love for him by attempting suicide.

Kabir takes the knife from her hand and gives a cutter instead with a sharp edge. He further insults her for not even being loyal to her sister. She leaves by saying he deserves to work in the factory.

© Copyright tellybest.com, 2018 & 2019. All Rights Reserved. Unauthorized use and/or duplication of this material without written permission from tellybest.com is strictly prohibited.
Cached Saved on: Thursday 6th of August 2020 06:10:51 PM