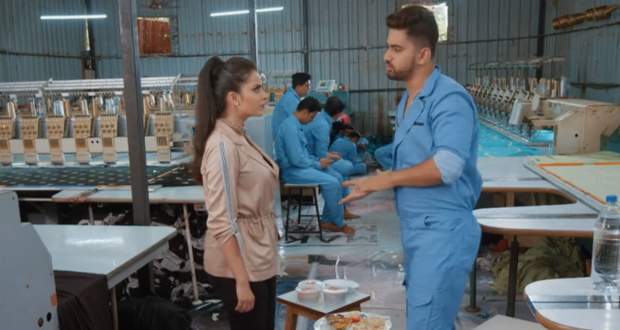 Today's Ek Bhram Sarvagun Sampanna 11 Jul episode starts with Pooja being upset about Rani. At the same time, Rani comes crying and states that Kabir insulted her in front of everyone.

She apologizes to Pooja and demands to insult Kabir every day.

Later, Jay and Sonali come to give lunch to Kabir and discover Kabir is working in the factory when Rani breaks the news to them.

Kabir instructs Jay and Sonali not to tell anyone at home about his work. He tries to eat his food, but Pooja throws dirt in it instead.

She says she wanted him to realize their childhood condition after her father’s death.

Pooja tells Amma to handle the medicine business, but Rani insists on handling it instead. She tells her to enjoy and leave the responsibilities on her.

She opens the food to find stones along with a message therein. She finds Kabir in the factory eating her food. He mocks at her for not being able to punish him. She answers sweetly and tells him to enjoy the food.

Pooja gets delighted to find workers on her side. She takes Amma and Rani out for lunch.

Meanwhile, Jay is selling his expensive watch to someone and sees Pooja walking in the restaurant. He throws something at her but is saved by Amma. He starts blaming her for everything.