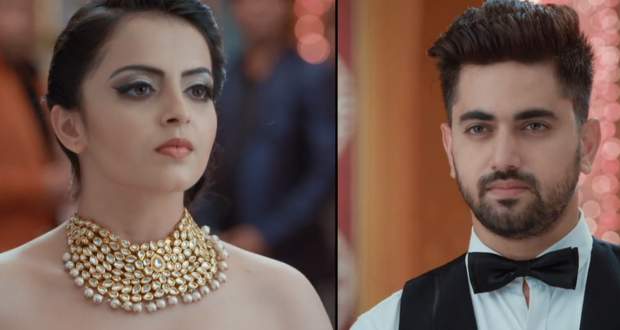 Today's Ek Bhram Sarvagun Sampanna 12 Jul episode starts with Pooja getting angry on someone who has not deposited a cheque.

Amma confronts her about being genuinely kind to members of that family as it was not part of the plan.

Meanwhile, Dhruv accuses Jay of stealing money from the cupboard. Jay admits he has sold his watch to get the money.

He insists on giving the money to Kabir, but Kabir gives him the money and promises to buy a better watch for him.

Later, Dhruv is thrown out of the bar for not paying money. He returns home in a drunken condition, which makes her mother worried.

Kabir promises his mother he will get everything back from Pooja.

Pooja gets delighted on Rani’s return. She is adamant about getting revenge from Kabir.

The next morning, Kabir gets a call stating Pooja wants him in her house. He reaches the Sharma mansion and remembers all the happy moments spent there.

Pooja mocks at him by singing a birthday song and throwing confetti at him. She informs him he is getting promoted to a waiter for her party.

Rani brings a uniform for him. But Kabir is not ready to give up and does what she says.

Pooja gets upset to see the lamp decoration and orders to change everything but is told there no time left to do it.

At the same time, foreign guests arrive for the party. Pooja and Rani both start searching for Kabir. He comes dressed as a waiter.

Upcoming Ek Bhram Sarvagun Sampanna episode update: Kabir threatens Pooja that she is going to get insulted before the party ends.