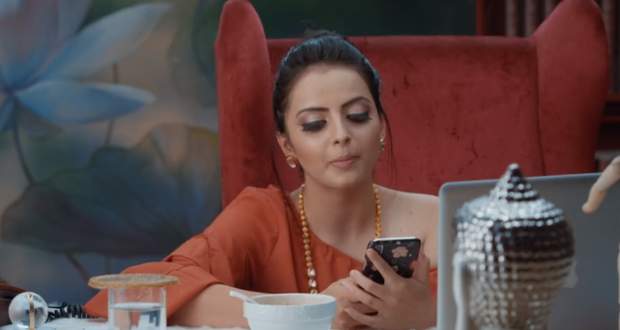 Today's Ek Bhram Sarvagun Sampanna 16 Jul episode starts with Suman asking Kabir why he was called at Pooja’s house. He lies about having a meeting with the factory workers.

Suman is worried and tells him not to fight with Pooja. He says he will fix everything and defeat Pooja.

Pooja realizes Chopra wants worker’s salaries to be reduced. She tells him to increase the salary instead. Chopra is planning something else to take advantage of Pooja’s situation.

Later, Pooja tells Amma the deal is crucial for her as she wants to invest the money in an orphanage for small girls.

Chopra proposes his son can give the presentation if Pooja is nervous. Pooja tells him to get out and not to disturb her.

Kabir comes to meet Pooja and asks for some time for giving the money. She gives him 30 seconds and tells him to leave before she comes out of the washroom.

Later, Pooja gets sick and is scared about the presentation. She gets dizzy and is about to fall on the needle.

Chopra confirms the plan from his son and remembers how he mixed something in Pooja’s soup. Kabir sees Pooja’s deteriorating health condition.