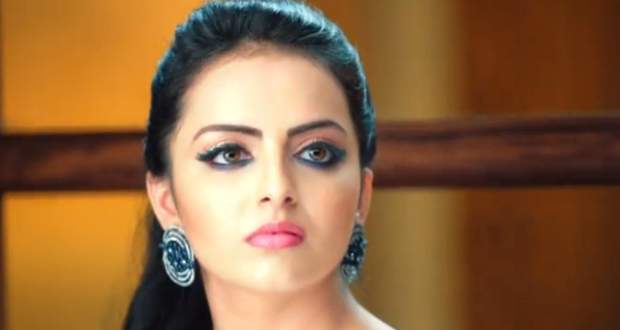 Pooja arrives and shouts on Rani. She further gets upset to see Kabir, who asks her to drive him to the factory.

Later, Chopra tells Pooja to talk to workers for overtime. Rani comes and apologizes to Pooja. Chopra tells his son to trap her in his love.

Meanwhile, Jay comes and apologizes to Shreya. She ignores him and leaves.

Pooja arrives at the factory and tells the workers about overtime and that they will be paid for it as well. Kabir mocks her by playing mind games in front of her.

Kabir finds his mother crying and asks her the reason. He also tells his intentions of hurting Pooja.

In the morning, Kabir provokes all the workers about overtime and not gaining anything out of it. He tells them that they should stop the work if they are not given an increment.

Kabir demands an increment from Pooja. Pooja says she will think and discuss it.

Kabir agrees and gives a day's time to Pooja for deciding. Later, Junior Chopra comes and tries to show his attitude but is scared away by Kabir.

He returns to tell everything to Pooja. Pooja says if workers leave, Chopra has to complete the work.

© Copyright tellybest.com, 2018 & 2019. All Rights Reserved. Unauthorized use and/or duplication of this material without written permission from tellybest.com is strictly prohibited.
Cached Saved on: Thursday 30th of January 2020 07:32:35 PMCached Disp on: Wednesday 19th of February 2020 01:49:44 AM