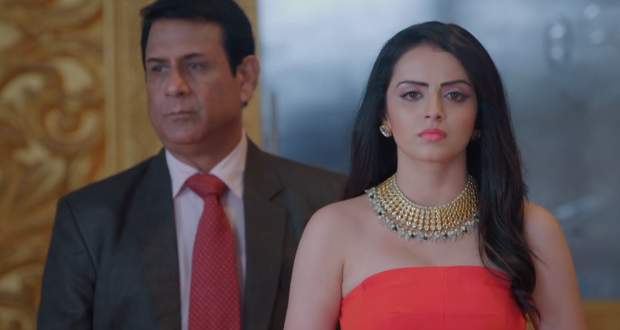 Later, Kabir tries to enquire from Jay why he is upset. Kabir calls Vijay and says the work will start only after Pooja’s decision.

Meanwhile, Pooja is upset and confused about the decision she has to make.

The next morning, Pooja finds Kabir getting out of an auto and tells him to side. When he doesn’t oblige, she hits the auto with her car.

Pooja comes in the factory and declares she will not increase the salary. Kabir declares they will not start the work until they get an increment.

Pooja gets mad at Chopra for not handling the situation well and blaming everything on Kabir’s presence.

Jay decides to make money by providing notes to other students in the college.

Later, Pooja gets further worried to learn that clients want to come and take a tour to see the progress of the work.

Chopra spreads a rumor that Pooja wants to get the workers punished by the police.

Kabir decides to tell workers to continue the work on his Daadu’s advice. The workers ignore Kabir’s plea and decide to go against him.