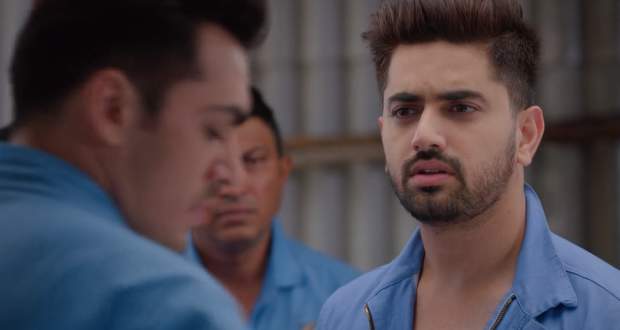 Today's Ek Bhram Sarvagun Sampanna 23 Jul episode starts with workers deciding to not start the work. Kabir tries to console them by passing on his Daadu’s teachings.

Pooja learns that the clients are visiting the factory instead. The whole plan turns out to be of Chopra.

Pooja finds out in the factory that workers are continuing with the work. Chopra gets shocked to see his plan fail.

Kabir thanks everyone and assures them that they will get an increment.

Meanwhile, Jay continues to earn money out of making notes. He decides to spend the money on the date with Shreya.

Kabir comes in Pooja’s cabin to make her understand the importance of workers.

Suman informs Daadu that Kabir has stopped the strike. Suman tells Chanda that the shopkeeper has given her less money.

Chanda creates a scene but later Suman finds the hundred rupee note with Chanda only.

Later, Vijay starts blaming Kabir for taking Pooja’s side and selling himself for money. They blame him after junior Chopra mocks them.

Pooja tells Amma that everything is running smoothly because of Kabir.

Kabir still tries to make his co-workers understand that he is innocent. They all come to meet Pooja and she thanks them.

She further tells them she will give them an increment of 10 percent. Workers realize their mistake and apologize to Kabir.

Chopra tells Pooja to leave for home but she denies and decides to stay with workers.