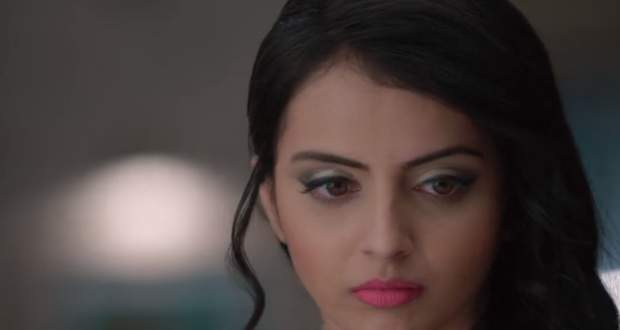 Today's Ek Bhram Sarvagun Sampanna 26 Jul episode starts with Clients canceling the deal with Pooja and leaving. At the same time, Kabir arrives with the tempo and apologizes to the clients.

Clients get delighted and give the check to Pooja. Pooja congratulates and thanks to all the workers. She also invites them to the party.

Pooja gets upset with Chopra for booking a five-star hotel. She further starts praising Kabir which makes Rani angry.

Later, Daadu praises Kabir for dealing with the consignment.

Meanwhile, Pooja tells about police arresting someone for stealing the tempo. The guy says Kabir had ordered him to steal the tempo.

Pooja gets trapped in Chopra’s plan and misunderstands Kabir. At the same time, Jay is also at the same hotel with his girlfriend.

Everybody starts with dinner while Kabir and Pooja continue their face-off. Pooja gets his chair removed while all the workers offer their seat to him.

Chacha accidentally drops the plate on the floor and the waiter starts to complain about it. Chopra also insults Kabir.

Kabir gets angry and blames the bosses for trying to insult them at a posh place. He tells the waiter to pack the food and leaves with other workers.

Jay finds out he has not enough money to pay the bill. Kabir comes to his rescue but he is also short of money. Later, Pooja pays the bill as a favour to Kabir.

Upcoming Ek Bhram Sarvagun Sampanna episode update: Pooja has a feeling somebody is following her.

© Copyright tellybest.com, 2018 & 2019. All Rights Reserved. Unauthorized use and/or duplication of this material without written permission from tellybest.com is strictly prohibited.
Cached Saved on: Friday 31st of January 2020 09:01:28 AMCached Disp on: Wednesday 19th of February 2020 01:31:26 AM