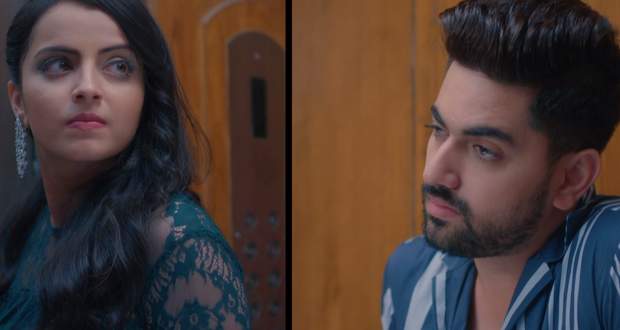 Today's Ek Bhram Sarvagun Sampanna 29 Jul episode starts with Pooja returning home when somebody throws an egg on her car. The driver stops to find out who did it while Pooja also gets out of the car.

She feels somebody’s presence but it turns out to be Rakesh. Later, Dhruv emerges out of the tree after Pooja’s car leaves.

Meanwhile, Chanda creates a scene when Kabir questions Jay about going to a 5-star hotel.

Later, Pooja is scared about someone following her. She gets even more sacred with the loud thudding on her door.

She opens the door to find Chanda in a horrible condition. Chanda wants her to give her some space in her house. Pooja forgives her and agrees to keep Chanda and her children.

In the morning, Chanda packs her bags and tells her children to come with her to Pooja’s house. Sonali and Jay refuse to go and be someone’s servant. Chanda leaves without her children.

Kabir comes to question Pooja about her motives. Pooja says she doesn’t have time as they have to meet the clients. Mr. Zi asks them to help him in a fashion show. Pooja agrees and tells Kabir to help her if he wants a promotion.

In the lift, Kabir and Pooja continue to fight and at the same time, the lift stops.

Upcoming Ek Bhram Sarvagun Sampanna episode update: Kabir saves Pooja and gets her out of the stuck lift.