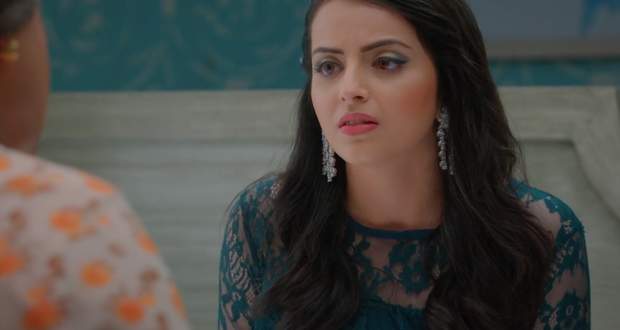 Today's Ek Bhram Sarvagun Sampanna 30 Jul episode starts with Kabir and Pooja getting trapped in the elevator. They continue to fight and Kabir even plays a song to mock her.

Rani overhears Chopra and Ranjeet’s conversation but Chopra manipulates Rani and makes her believe that Kabir is trapping Pooja.

Pooja gets panicked after getting trapped and starts shouting for help.

Meanwhile, Amma gets worried for Pooja and tells about her phone call to Rani. At the same time, Suman calls Chanda asking her to come back. Chanda lies about being happy but is working instead.

Later, the lights in the lift start fluctuating which scares Pooja. Kabir further tries to scare her by saying the lift is going to crash.

He also scares her with the presence of ghosts and spirits. Pooja gets a panic attack and gets trouble in breathing.

Kabir decides to go out from the duct and tries to open the door of the lift. He finds Pooja unconscious inside.

At the same time, Rani and Chopra reach the office to find Pooja in Kabir’s arms.

Pooja gets home with Amma and Rani is upset with Kabir and her being trapped in a lift for an hour. Amma asks Pooja if she will stop the fight with Kabir now.